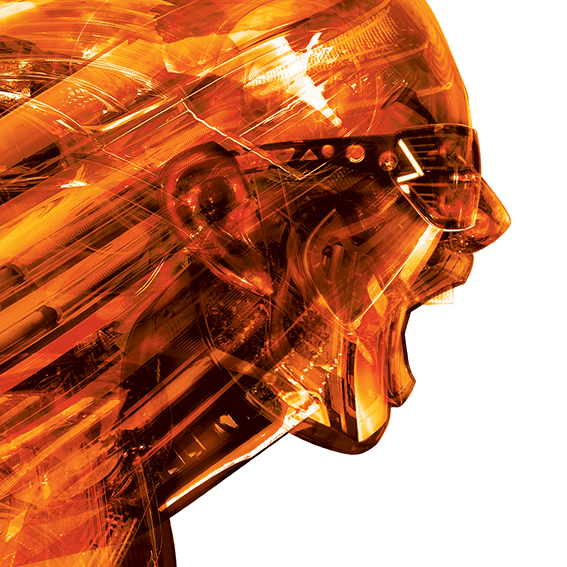 For as long as I can remember, I've always had this passion for drawing ever since my childhood. Draw allowed me to escape this world of "big" I did not understand, to invent my own world, to exist. I have never tried to attract attention to myself or my childish nicknames works; "Look," they said, "put him crayons in one hand and a white sheet in the other and no one hears most of the day...".

The truth was elsewhere and that was fine with me. But one day, when I had just turned 6, I betrayed my voluntary silence by accepting a drawing competition. And, against all expectations, the dreaded moment came, I drew attention to myself by winning this contest. Short joy, admiration of my surroundings, and a cinema ticket to see Snow White and the Seven Dwarfs as the contest wore on this topic. First shock: seeing the film on the big screen, I realized that my inner representation could take unexpected proportions.

Time passed, I grew up and I had already spent a few batches of cheap colored pencils and drained hundreds of markers, but oddly gouaches and watercolors others were not my friends. The only interest they resided in the random tasks that I let broadcast on Canson waterlogged "why you do not do nice drawings! "Who cares, what fascinated me was to see the colors live. A few years later, while I just got 15, I bind myself friendship have a college buddy. I realize very quickly that this boy is just as dreamy as me. He draws rather well indeed, we share this common passion so with passion.

But this encounter will cause my second shock: Star Wars; finally the long awaited fairy tale, George Lucas had just succeeded thanks to the first 2 parts of his fantastic account take me towards regions then previously unknown but oh so exciting! where Perrault, Andersen and the Brothers Grimm others had previously failed. Now my designs would also be fantastic.

Eighteen years; I read lots of Franco Belgian comics, devoured the US comics, seen films that marked my imagination (Alien, Blade Runner, and of course Indiana Jones completed the first Star Wars trilogy), Jim Henson and his loved Mupet Show All these products have reinforced my artistic choices, dreams, the imagination, the other world. 18 But it is also for me the end of a school cycle sawtooth, the door to my room closing forever, the complex world of work to which I have not been prepared.

The street opens his arms to me, I did not ask him. CAP advertising painter almost in pocket I discovered the real "thin, if someone had told me! if only I could have imagined! Will follow a path punctuated by odd jobs, just to eat, and a lot of artistic experiences; musician especially (for almost 10 years). At the same time during this period I will draw only on order (concert posters, album covers local groups ...).

Musician is fun, exhilarating at times, but it is clear that this does not suit me, I stop. My truth is elsewhere It is through a Sétois designer I'll sign a contract with two graphic editors, one in postcards and the other for t-shirts. This activity bringing me little substantial income I decided to break my contract and make the most cartoonist seriously.

Quickly I became a freelance illustrator and works with a communication agency. Until traditional illustrator, I discover the computer tool and its infinite possibilities. I work a lot but unfortunately charges related to my business eventually suffocate me and here I am forced to put the key under the door. Whatever, I'm a good network, I continue to practice underwater and expanded my pictorial capabilities by creating demand murals

Two separations and two children later and a lot of acrylic passed, it seems to have found some stability. Yet something is missing me, or rather someone, where is the child that I was? The answer to this question will come through the video. A chance meeting will open up great opportunities. In the space of two years of hard work I become simultaneously production designer, art director and production designer on various audio visual projects.

My ideas proposed are varied but mostly come alive: I live in dream. I doubt not, and I want more: to speak, to impose. I feel ready to offer my vision of the world and this immeasurable desire prompts me to write; words and ideas flow. My texts, my stories are like me, I'm just expressing years of repressed desires. They are as numerous white pages filled with black ink no longer sufficient to satisfy this need to exist, to be me. I want to communicate the living that drives me.