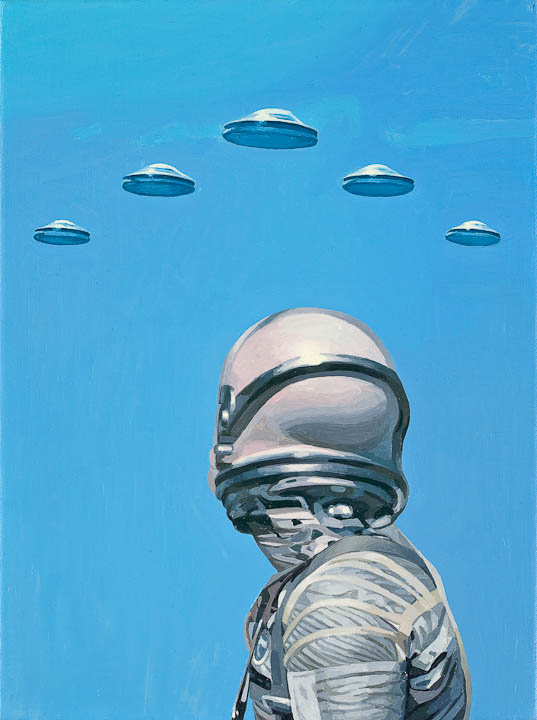 I paint astronauts and, sometimes, dinosaurs.

Stanley Kubrick's 2001: A Space Odyssey was released in 1968, well before I was born, so I have no firsthand knowledge of how it was received. I don’t know if people really believeScott Listfield is known for his paintings featuring a lone exploratory astronaut lost in a landscape cluttered with pop culture icons, corporate logos, and tongue-in-cheek science fiction references. Scott grew up in Boston, MA and studied art at Dartmouth College. After some time spent living abroad, Scott returned to America and, shortly before the real life, non-movie version of the year 2001, began painting astronauts and, sometimes, dinosaurs.

Scott has been profiled in Juxtapoz, Wired Magazine, the Boston Globe, New American Paintings, and on at least one local television station. He has exhibited his work in Los Angeles, Chicago, London, New York, San Francisco, Miami, Boston, and many other nice places.